It could take up to a year before every Coloradan who wants a coronavirus vaccine can get one
November 16, 2020
Tech
Uncategorized
The federal government will distribute vaccine supplies to states based on population size, and this means millions will likely go without in Colorado until summer — at least. 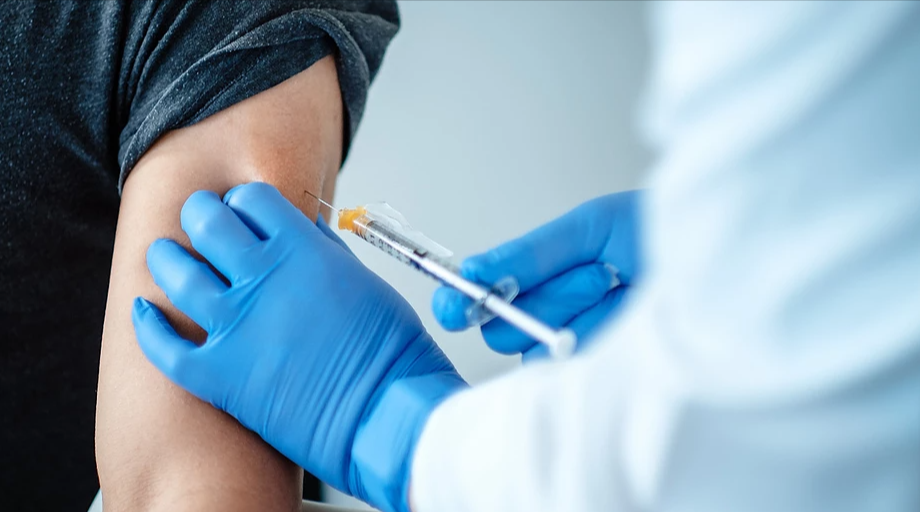 A man receives a dose of an experimental coronavirus vaccine as part of a clinical trial for a vaccine candidate developed by BioNTech, which is based in Germany, and Pfizer. (Provided by BioNTech)
John Ingold@johningold

Most Coloradans who want a coronavirus vaccine could begin receiving one as early as spring but may have to wait up to a year, two state health officials said Thursday, tamping down expectations that promising news about vaccine development could rescue the state from the current surge in cases.

Based on current projections, Colorado is expected to receive enough vaccine next month and in the first few months of 2021 to inoculate no more than a couple million adults. That would leave still millions more in need of a shot — and leave the state short of what is needed to achieve herd immunity to the virus. The state currently has no plans for a vaccination campaign for children, since none of the vaccines in development has completed extensive testing in kids.

COVID-19 IN COLORADO
The latest from the coronavirus outbreak in Colorado:

“It is going to take us upwards of months, potentially a year to distribute vaccine to everybody who wants one in the state,” Diana Herrero, the interim deputy director of the state Health Department’s Division of Disease Control and Public Health Management told members of a special committee that advises the governor on pandemic response.

Earlier this week, the drug company Pfizer announced initial results from clinical trials showing that its COVID-19 vaccine has an efficacy rate above 90%. Independent experts have already thrown cold water on that announcement, pointing out that Pfizer released the figure via press release instead of the standard and peer-reviewed practice of publishing detailed data in a medical study. Pfizer has not yet asked the U.S. Food and Drug Administration for the emergency-use authorization needed before it can begin distributing its vaccine widely.

But Colorado has already begun planning for how to distribute the Pfizer vaccine — which requires special ultracold storage — and others. Herrero, speaking to members of the Governor’s Expert Emergency Epidemic Response Committee, said the state expects that the pharmaceutical company Moderna will also announce initial results from its vaccine trial and request an emergency authorization in a matter of weeks. If all goes well, vaccines from AstraZeneca and Janssen could be available by the end of winter, too, she said.

On Monday, Gov. Jared Polis told reporters the state could receive up to 200,000 doses of the Pfizer vaccine next month. Herrero said it’s not exactly clear how much Colorado will receive in the first shipment, and doses are expected to come in at a relative trickle initially.

“We’re still kind of waiting to see what it is we’re going to get and when,” she said.

Jill Hunsaker Ryan, the executive director of the Colorado Department of Public Health and Environment, said state officials had a phone call a week ago with U.S. Army General Gustave Perna, who is the chief operating officer of the federal government’s Operation Warp Speed vaccine development program. She said Perna told the state leaders that the federal government, which will control distribution of the vaccine, would base its allocation decisions on state population size.

“And nothing else,” Hunsaker Ryan said.

OUR UNDERWRITERS SUPPORT JOURNALISM. BECOME ONE.

(Though the federal government did not give Pfizer any money to help develop its vaccine, the purchase agreement is part of Operation Warp Speed. The other three leading vaccine candidates, from Moderna, Janssen and AstraZeneca did receive development funding from Operation Warp Speed.)

Colorado, with about 5.8 million people, currently represents around 1.7% of the U.S. population. That means Colorado will receive about 1.7% of the vaccine supplies available to the federal government.

Both Pfizer and Moderna have signed contracts with the federal government to deliver 100 million doses each of their vaccines over the next several months. If the government sticks to its plan to distribute only by population size, that means Colorado would receive 3.4 million of those doses. Because both vaccines require two doses to be effective, that would be enough to inoculate 1.7 million people.

That would still leave around 3 million adults in the state in need of vaccination.

The state has settled on a three-phased process for deciding who should be vaccinated first. The initial doses will likely go exclusively to health care workers, first responders and those most at risk from severe coronavirus infections, such as people living in nursing homes.

In the second phase, the largest, are essential workers and people who, because of age or medical conditions, are at higher risk of severe illness. This phase would also include college students living in dorms or other congregate housing. The third and final phase opens vaccination up to anyone in the general public.